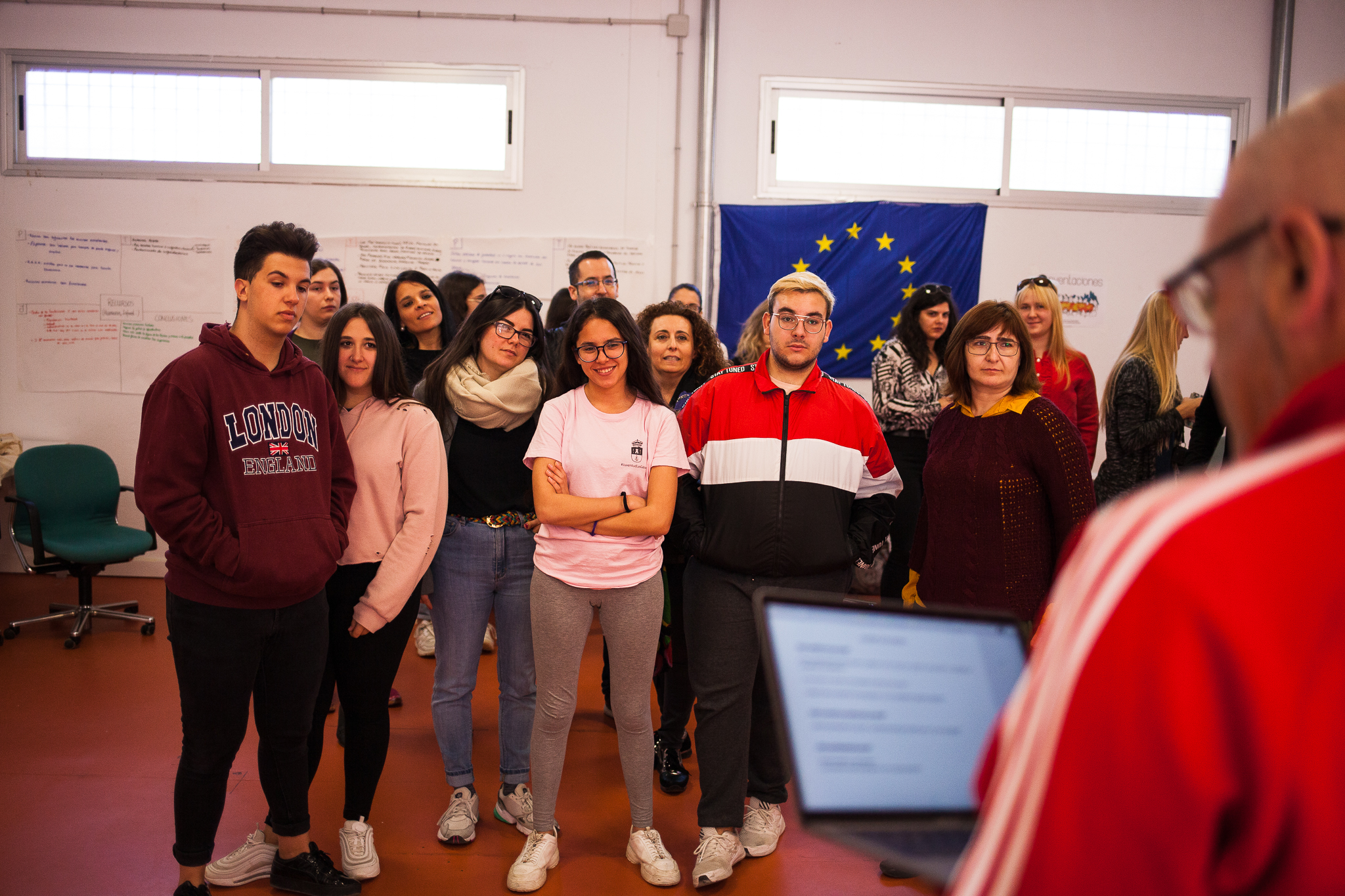 From last autumn until this spring, we’ve helped the Asociación Carreteras Secundarias run an international training course as part of the project called “Inventaciones”. Inventaciones is a multi-event project, which was developed to help social workers throughout Andalusia. The aim of the project is to help increase youth participation, and the international participants in the project, from Poland and Portugal came to share best practices with the participants from Spain. 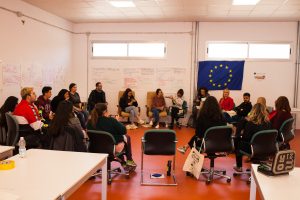 We helped facilitate the international-level events. We had two of those, one in the autumn which was the first event of the project and one in April which was the last one. Between these two, there were many local events where Andalusian politicians, youth workers and youth collaborated to come up with ways to improve youth policy, youth work and youth participation. 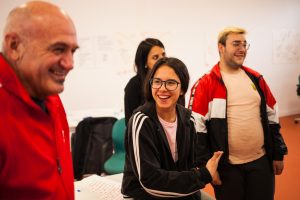 For the international events, we had experienced youth workers from Poland and Portugal join us to share their expertise and help craft a better final “product” – which would be a collection of all the recommendations and conclusions that would be distributed to youth workers throughout Spain. 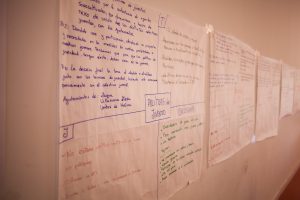 Our first event consisted of two days of activities. On the first day, after some fun icebreakers organized by us, the work was mainly focused on introducing the project and there was an extended brainstorming session for ideas on how to improve the project and how to increase its impact. In the afternoon, we visited a youth center in Las Gabias, a town just next to Granada and met with some of the local youth who told us about their own initiatives that they are working on, for example, we heard from their recently started board game club. 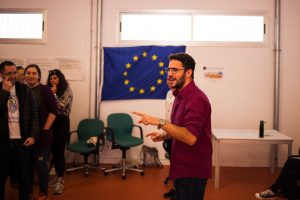 Afterwards, the international participants of the project told us about how they work with their organizations and what kind of challenges they face when trying to impact the lives of young people. Hopefully everyone picked up some useful lessons for the continuation of their projects! 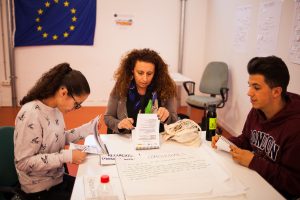 On the second day, we started by visiting the Andalusian Youth Institute and the Diputación de Granada to learn more about how the Spanish system of governance, as well as cultural and youth policy are working. In the Junta de Andalucia we got introduced to a program called “Creando Futuro” and learned more about the youth policy of Andalucia in general. Finally, we wrapped up the event back at the office with an intense discussion about how to improve things and how the future meetings should go! 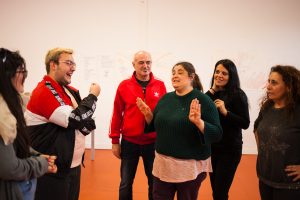 Throughout the next few months, a whole slew of local events were organized, collecting ideas, creating discussions and debates. We at Las del Tul didn’t participate in those, that was undertaken completely by Asociación Carreteras Secundarias. Our next involvement in the project came in April, when the final and most important event of the project arrived. This was the closing event, where all the work undertaken so far was be summarized, synthesized and clarified. 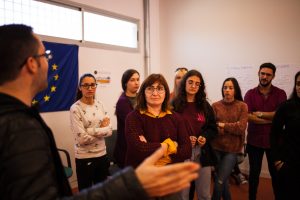 This event took place in the Ciudad Deportiva, a sprawling sport complex of the Granada municipality. Here we again had international participants and Andalusian youth workers, youth and politicians. We spent the whole time debating, creating conclusions and summaries. We worked a lot on using the original conclusions of the local events, finding common threads and differences between them and to draw our conclusions based that. Of course, this event was too short to create a finished “guide” for youth workers, but Asociación Carreteras Secundarias will be distributing those shortly to youth workers throughout Spain, which they finished based on the work undertaken in this event. 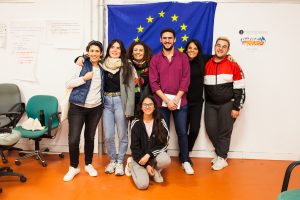 While our participation in this event was modest, we are proud of our involvement. It was a very worthwhile event, bringing a lot of value to youth workers in Andalusia and Spain in general!